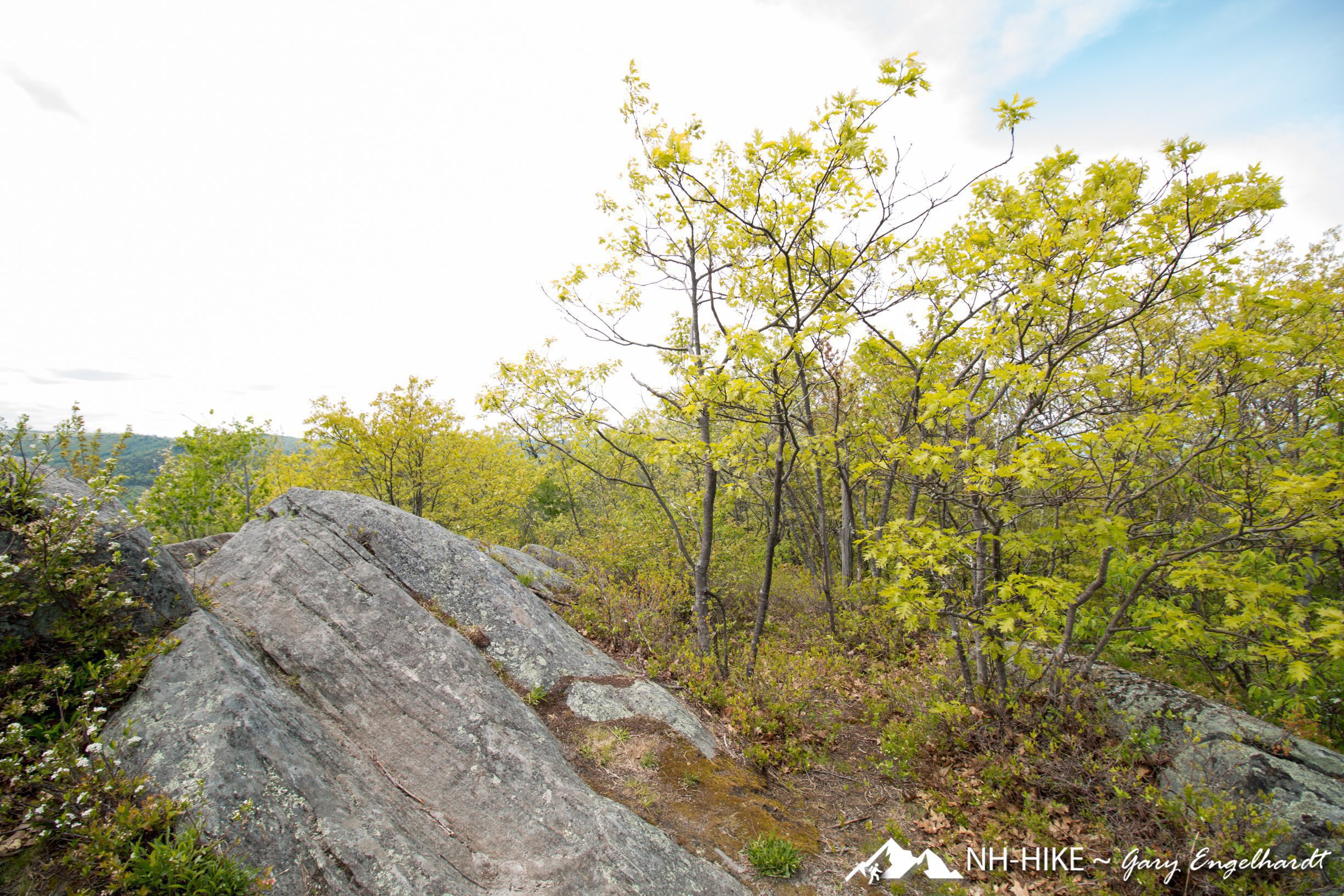 There are 2 Rattlesnake mountain peaks in NH one in Center Sandwich NH and this one in Rumney NH which sits at southern spur of the Carr mountain ridge.

This hike was with Brian on Wednesday May 24th. Both of us were equipped with “LidCam” cap mounted video cameras and I had my Go-Pro4 with a backpack strap mounted Feiyu Gimbal and my Canon DSLR.

This paragraph is a self assessment of the video as this was the first time out with the cameras and a learning experiment on camera mounting. The video below is a mix of raw video from all 4 cameras with a lot of cutting in post processing of ground views while hiking from the lid cams, as we both tend to look at the ground to watch our footing, so a lot of the LidCam video was not usable. The video is not color corrected and there is noticeable differences between the cameras. The DSLR was mounted just below the Go-Pro and created bounce’s in the video with almost every step that the gimbal does not remove, otherwise it’s relatively smooth. Next time out the DSLR will be moved to the other backpack strap to hopefully eliminate the bouncing and the LidCam(s) will be used for doing gear reviews when the direction of the camera’s will be more controlled.

We hiked the loop trail, 2.4 mile round trip with an elevation gain of just under 1000 feet, to the Rattlesnake Mountain summit which sits at 1594 feet above sea level, an out cropping of ledge made mostly of schist which is predominant in the Rumney area and a bit of pink granite and white quartz, it was a cloudy, hazy and very buggy day. We had to don the bug nets on the descent due to the concentration of black flies and mosquitoes due to rain on the previous day. There were several areas along the trail that were muddy due to runoff from the rain.

Along the route to the top we were accompanied by an ever present stream with numerous stream sized cascades which we crossed several times along the route.

The view from the ledge top summit is quite expansive but not a full 360 view.

At the time of the hike we were unaware of the rock climbing area located just below us on the cliff face, it seems that Rumney is one of the premier sport climbing destinations in the country. This area is a focal point of hard sport climbing, with climbers from all over the world visiting, when we left from the hike we saw a packed (30+ cars) parking area at the bottom of the cliffs where the climbers park.

Additional information of the climbing area can be found at: Rumney Rocks Climbing Area