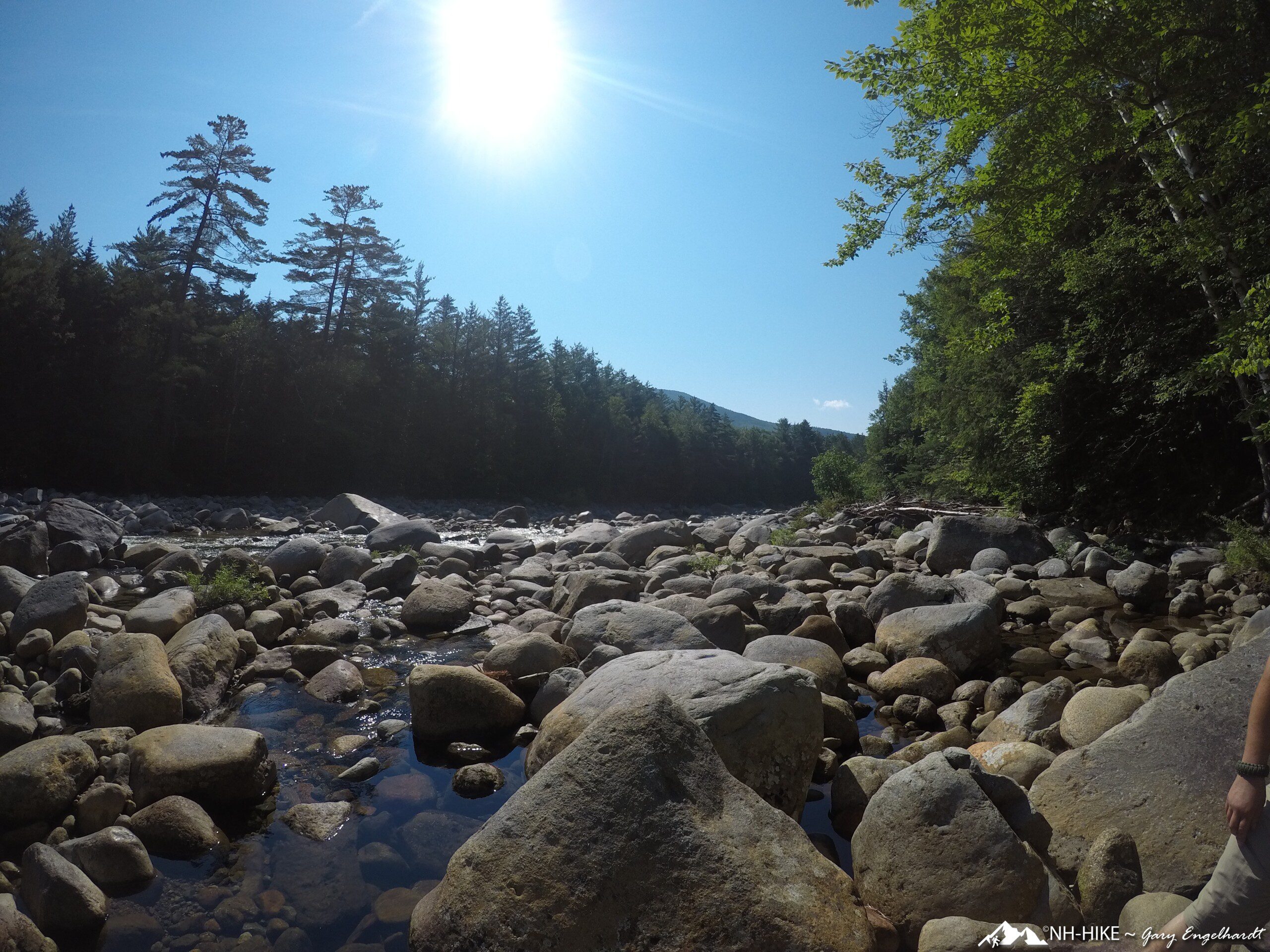 This was an interesting hike with spots splattered with rail trail moments of being bored with the repetitious nature of a long flat walk, but when there were views they were spectacular. I wish we had done this hike earlier in the spring as I would have liked to see the Pemi flowing at full force with water raging in all its White Mountain glory. We made it to the bridge crossing that leads to the Pemi Wilderness and took the left before the bridge to get to the area in the river known as Franconia Falls. It is easy to see how high and rough the water would have been had it been earlier in the year as the rocks are worn “very smooth and slippery when wet” we were able to find a rock hop crossing that was made with a mishap, and lesson learned for Brian on bringing extra socks. We found a spot next to what we now know is one of the jumping cliffs at the upper part of the falls, lunch was a fail for me, and a second lesson learned for the day, as I had left my meal pouch in the jeep when deciding what I wanted to eat, surviving on several granola bars and some hot tea fit the but was disappointed at not having my pepper steak & rice for lunch. There was a rather large crowd of teens that showed up during the lunch break and we watched them do the cliff diving into the upper pool. We then made our way down the east side of the river, rock hopping until we found a safe place to cross and did a short bushwhack back to the trail. On our way out we met up with a member of the trail who had been on the trail beyond the wilderness boundary as it goes up to the Bonds, I asked what had happened to the rickety suspension bridge that was near the tent platforms that I remembered from a ski trip back in the late , he thought it had been taken out by the hurricane that ripped through the Whites back a few years. The walk back to the parking area was more tedious heading out than coming in and seemed to just go on, and on.  Take a look at the video for some highlights of the trip. 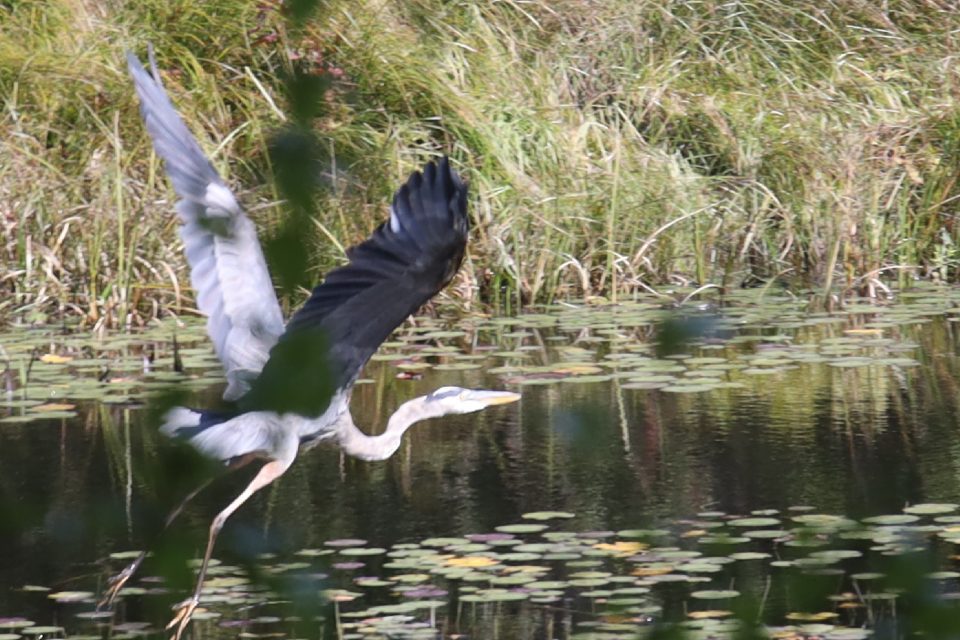